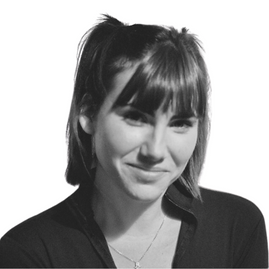 Marie Magenhann Cueto joined the World Bladder Cancer Patient Coalition (WBCPC) in October 2021 as Communications Trainee and in April 2022 became a Communications and Community Engagement Assistant. Of French and Spanish nationality, educated at the European School of Brussels II and in the Universities of Maastricht (Netherlands) and Pompeu Fabra (Spain), Marie has shown from an early age an interest in the field of politics and communication.

Before joining WBCPC, Marie led media communications for the European Year of Cultural Heritage at the European Commission. Marie has a strong background in non-profits. She volunteered and was an active member in several non-profit organisations, such as Love Foundation, Medicin du Monde, where she gained strong communication skills. Outside of work, Marie’s passion is analogue photography which she has been practising for many years.

This website uses cookies to improve your experience while you navigate through the website. Out of these cookies, the cookies that are categorized as necessary are stored on your browser as they are essential for the working of basic functionalities of the website. We also use third-party cookies that help us analyze and understand how you use this website. These cookies will be stored in your browser only with your consent. You also have the option to opt-out of these cookies. But opting out of some of these cookies may have an effect on your browsing experience.
Necessary Always Enabled
Necessary cookies are absolutely essential for the website to function properly. This category only includes cookies that ensures basic functionalities and security features of the website. These cookies do not store any personal information.
Non-necessary
Any cookies that may not be particularly necessary for the website to function and is used specifically to collect user personal data via analytics, ads, other embedded contents are termed as non-necessary cookies. It is mandatory to procure user consent prior to running these cookies on your website.
SAVE & ACCEPT